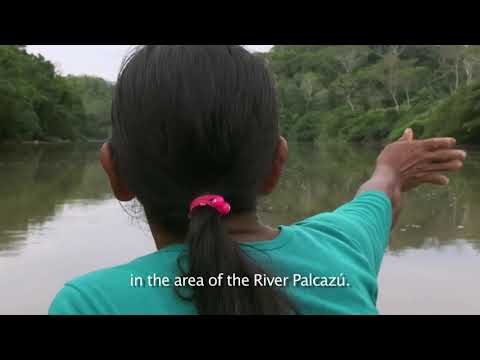 Fishing is a millenary activity that many peoples have made their own. Fishing is one of the main activities of Yanesha families to get food and around it they weave family values. 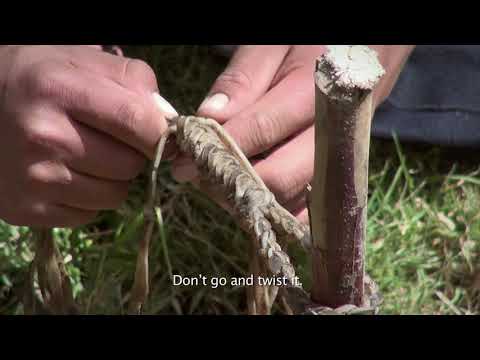 The lore of leather

Anderson is a young man interested in reflecting on ancestral practices. He draws on his grandfather’s knowledge and asks him to teach him how to weave a “three tips”, a leather whip that families usually have at home to scare the children. 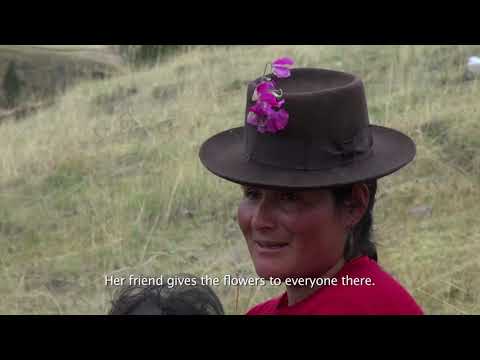 Planting is one of the most important activities in Quechua communities, it becomes a ritual that encourages connection and cooperation among families. Women, men and children take part in the planting of corn which is the main food and source of nutrition in the communities. 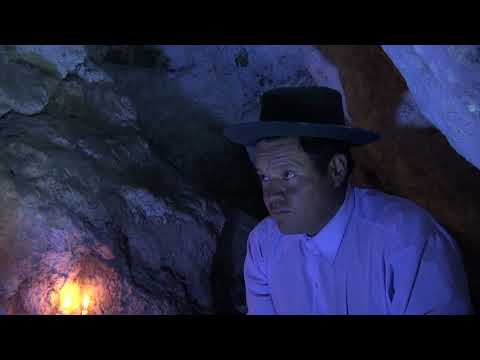 For us as indigenous peoples, the relationship we have with Mother Earth equals respect and reciprocity, since she gives us life and provides us with varied food. Pachamama Kawsay Quwaqninchik shows us gratitude towards Mother Earth through an offering that is made in the sacred mountain to thank it for the fruits it gives us. 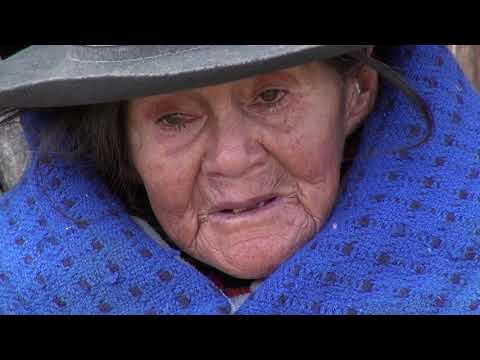 A grandmother reflects on the “minka” remembering that solidarity was the most important thing, supporting each other to harvest without caring for an economic compensation, just for the sake of helping each other. 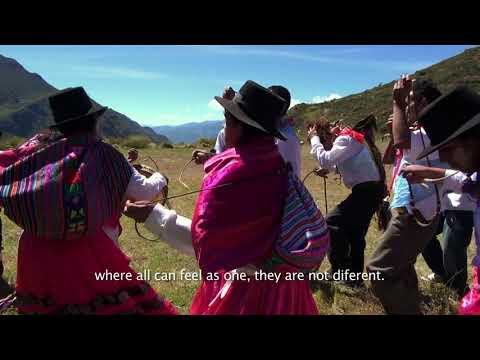 Every year in the San Francisco de Pujas community, people celebrate the Easter Carnival, which is a big intercultural meeting where women and men dance and sing filled with joy and merriment, as a way to show cultural resistance. 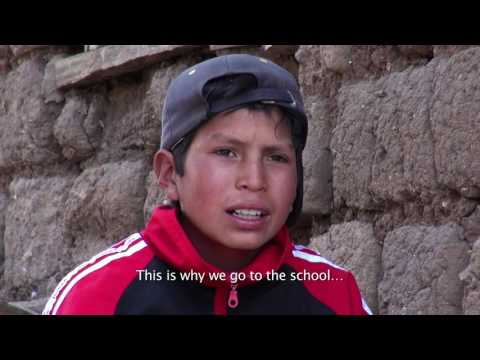 The inhabitants of the small Santa Cruz de Pucaraccay community show the difficulties they face to access water, electricity and education, but they also tell us about their dreams and wishes for the future. 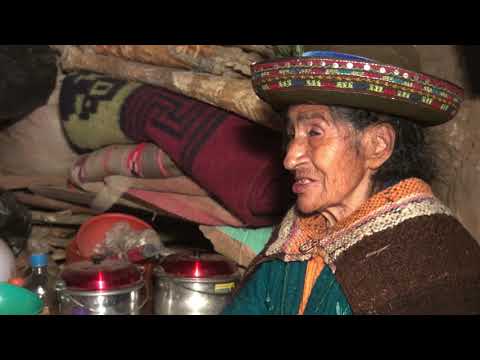 Mama Julia’s story conveys pondering and learning about life. Despite physical barriers, she has faced life’s challenges taking on roles of self-care and traditional knowledge transmission. 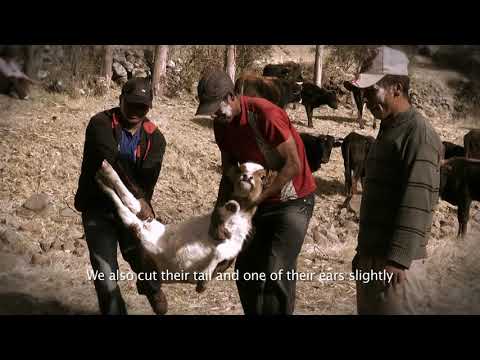 A documentary that shows us the festivity to mark cattle which is called “Herranza” and is practiced in Andean communities. 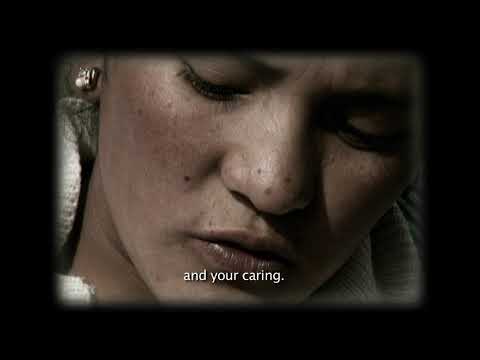 What i want to tell you

A young women’s heartfelt letter that expresses her feelings and wishes to his father, who has an alcoholism problem. 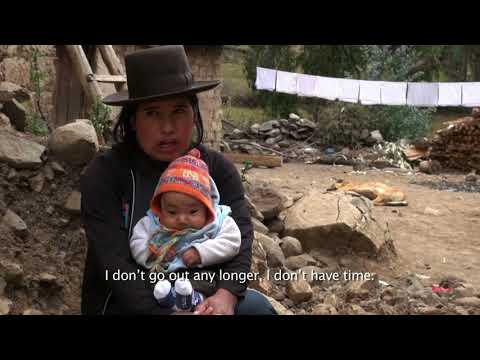 A young woman witnesses the difficulties that women have to face to access education in indigenous communities where they are usually forced to give it up due to varied reasons, such as unplanned pregnancies. 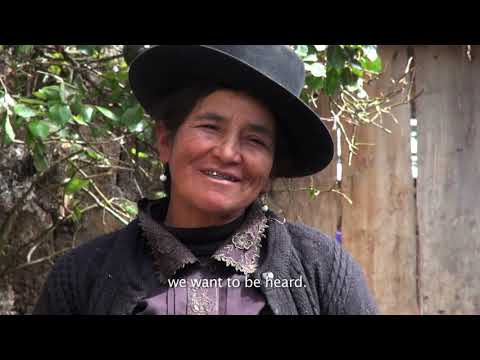 Inhabitants of Andean communities speak up in “The voices from the Andes” demanding the recognition and respect of their peoples’ lives and culture. 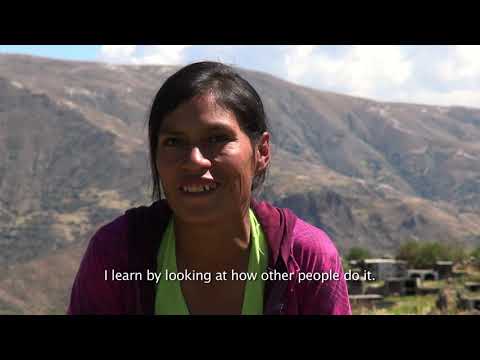 Violence against indigenous woman is a dire reality still present in the communities, a practice that limits the full exercise of their fundamental rights and freedoms. “A Woman’s Perspective” tells the story of Rosa María, a mother of three, who has faced and overcome family violence against her and her children. 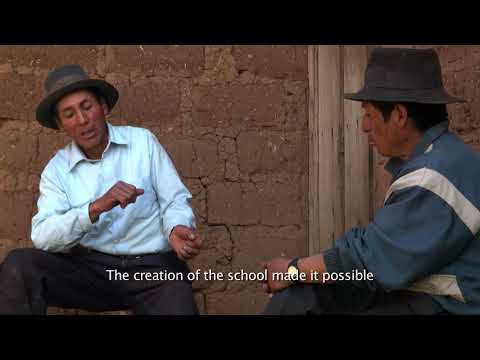 Llaqta runa kay | Being from a community

“Llaqta runa kay” is about communal organization told from the work of an indigenous communicator who seeks to recover the elders’ wisdom. 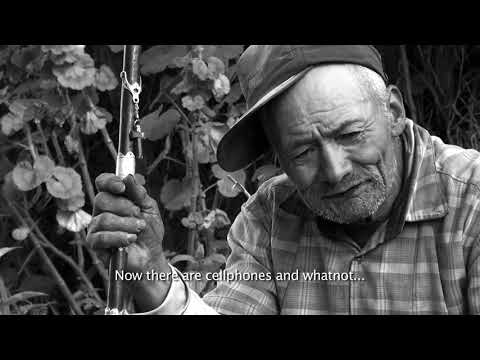 Varayuqkuna is a short film that depicts the role of traditional authorities called “Varayuq” in Andean peoples. They are in charge of delivering justice in the community’s organizational dynamics. 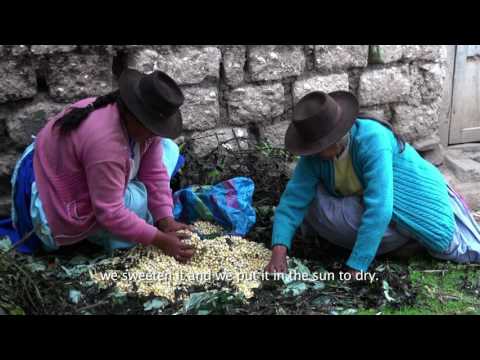 Preparing chicha de jora (a corn beverage) becomes a gathering activity for the community’s women. A grandmother shares her knowledge, reflecting on the importance of transmitting cultural knowledge and practices for future generations. 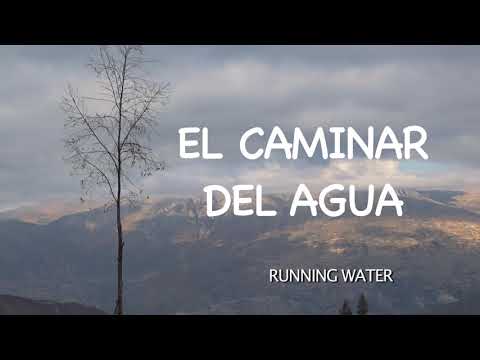 Three teenagers take us along the pathway of the water source that reaches their community. Along its course, they find stories on how the people have used it. 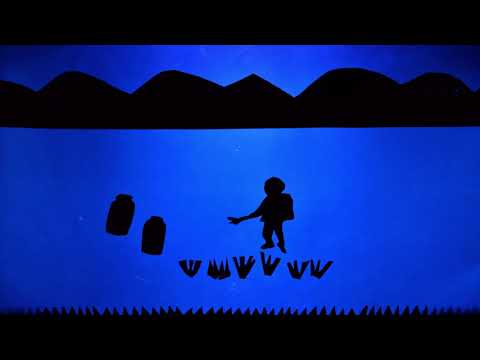 Young people express to the society their concerns and demands about bad practices that damage their community’s environment. 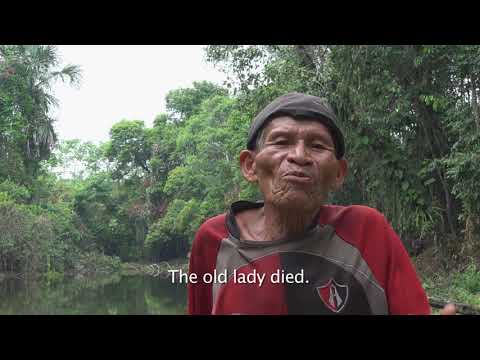 A group of teenagers take us to visit a beautiful lagoon near their community. We will learn about their dreams and expectations as they tell us stories on the lagoon. 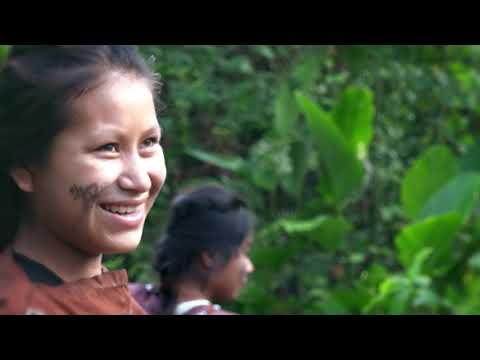 When Yanesha teenage girls have their first period they undergo the “Ponaphnora” ritual where mothers and grandmothers share with them their knowledge on their culture. 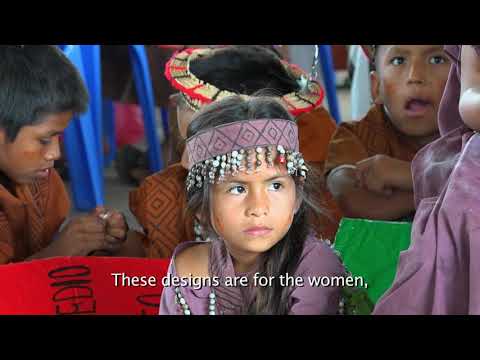 Each stroke and shape in Yanesha designs has deep meanings that represent the values and worldview that the Yanesha Nation has kept for hundreds of years in the Central Amazonian Rainforest of Peru. 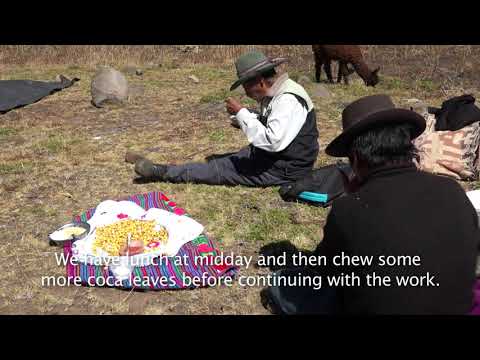 Quinoa is a sacred grain for indigenous peoples. Harvesting and treating it draws on different traditional techniques that engage the whole family. 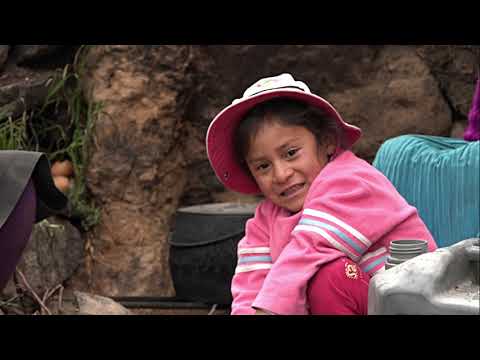 The water from down the hill

For the women of the lower area of the Santa Rosa de Chanen Andean community, access to safe water is still an illusion. They walk many kilometers every day to seek water deposits where they draw water to take to their homes. 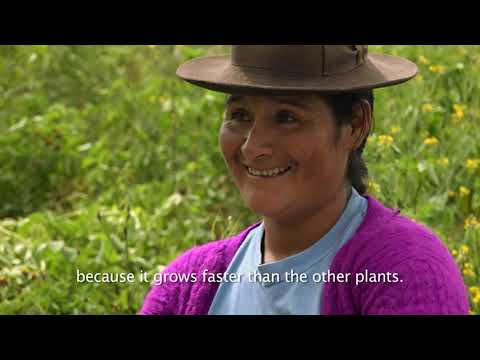 Sisa yuyo is a wild vegetable that is used to prepare a stew. This food is eaten as a ritual in the “Muchuy Waraka” ceremony to scare famine off. 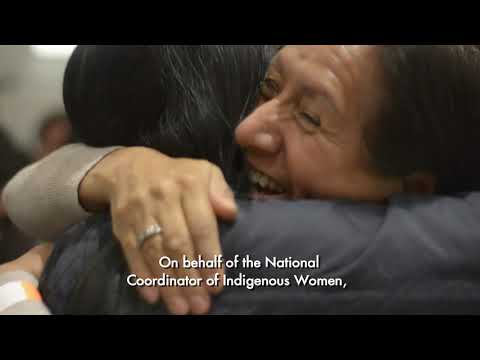 ECMIA, a group of more than thirty indigenous women’s and mixed organizations, held the VIII Meeting of Indigenous Women of the Americas with the theme: Raising our voices for the peace and security of our peoples and continents. 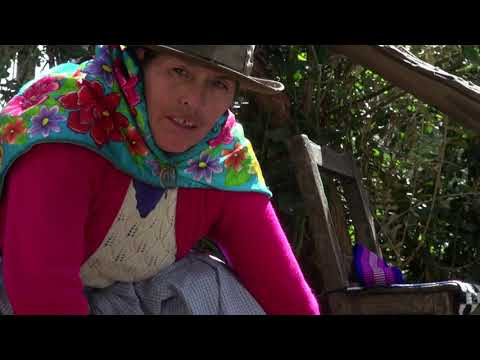 Fortunata and Juan are two characters that traditionally weave with a waist loom. They show us how weaving is done, tell us how they learned to do it and call on young people to value and keep this practice.

The residents of the small community of Santa Cruz de Pucaraccay, share their difficulties such us their lack of access to water, electricity and education. They also tell us about their dreams and wishes for the future. 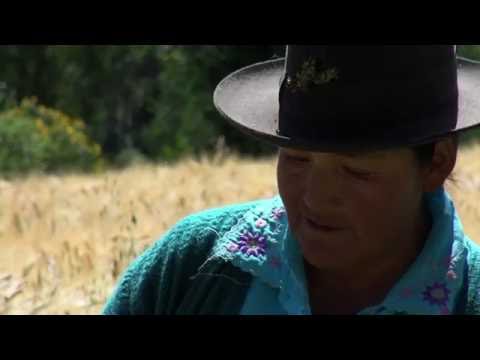 Since ancient times our ancestors have practiced traditional medicine making use of the plants that nature offers us.

In a small village in Peru, women gather to prepare the chicha de jora as their mothers and grandmothers had in the past. 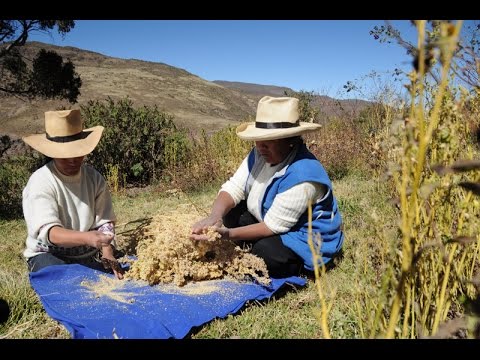 Women in the district of Laramate carry out productive initiatives that allow them to have an additional income for their homes. Their vision of organization and foresight, have been dynamizing the local economy and making the role of women visible as an axis of family and communal life.